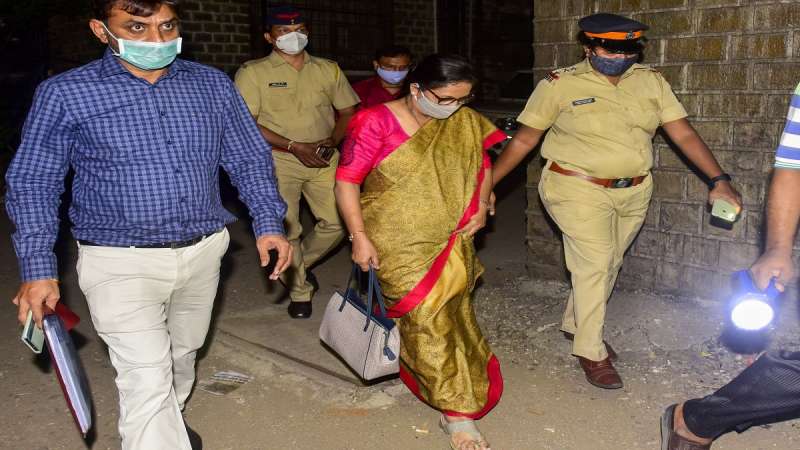 She was issued summons on Thursday (August 4) after her husband was sent to ED custody till August 8 (Monday) in the same case by a Special PMLA Court.

During her interrogation on Saturday (August 5), Varsha Raut is likely to be confronted with her husband by the ED which had informed the Special Court that it wants to verify certain bank transactions and other related issues pertaining to the allegedly murky deals.

Around 4 ED officers are present during the interrogation including one female.

Varsha Raut will be the first woman under the ED scanner to face the investigators in the Patra Chawl case which had erupted in 2018, while another woman whose name figures in the case turned a witness.

Incidentally, the probe in the five-year-old case picked up momentum recently after the collapse of the Maha Vikas Aghadi government headed by Chief Minister Uddhav Thackeray on June 29.

Earlier this week, after Raut was raided on July 31 and nabbed in the wee hours of August 1, Shiv Sena President Thackeray had called on his family members to express solidarity with them.

The ED had earlier interrogated Sanjay Raut after his name figured in the scam along with Varsha, besides a close associate Pravin Raut and several other accused, and even attached several of their immovable assets.

Sanjay Raut, summoned at least on two more dates recently but had skipped the sleuths citing parliamentary work, has vehemently denied any wrongdoings and termed the probe as apolitical vendetta' intended to muzzle the Opposition.