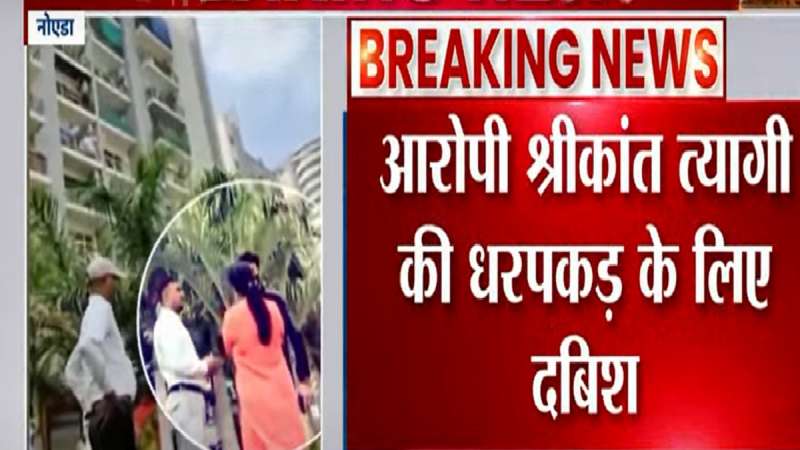 Noida news: The National Commission for Women (NCW) has sought the arrest of a politician accused of abusing and assaulting a woman in Noida.

While accused Shrikant Tyagi claimed to be a member of the BJP's Kisan Morcha and his pictures with senior leaders surfaced on social media, the party's local unit distanced itself from him.

What, when and how this incident happened?

The spat took place at the Grand Omaxe Society in Sector-93 B in Noida when Tyagi wanted to plant some saplings but the woman objected to it citing violation of rules. He, however, claimed he was within his rights to do so.

Multiple videos of the episode surfaced on social media, with one purportedly showing Tyagi hurling expletives and assaulting the woman. He also allegedly used abusive words at her husband and made derogatory remarks about her.

In a tweet, the NCW said it has taken cognisance of the incident. The panel's chairperson Rekha Sharma has written to Uttar Pradesh Director General of Police (DGP) to ensure a fair and speedy investigation into the matter.

"NCW has also sought FIR and arrest of the accused for assaulting a woman," the NCW tweeted.

The commission said it has also written to the police to provide protection to the woman.

Cars of accused seized by police:

Meanwhile, the Noida Police has seized around three vehicles including one fortuner car from Shrikant Tyagi's residence today.

More details are awaited in this regard.