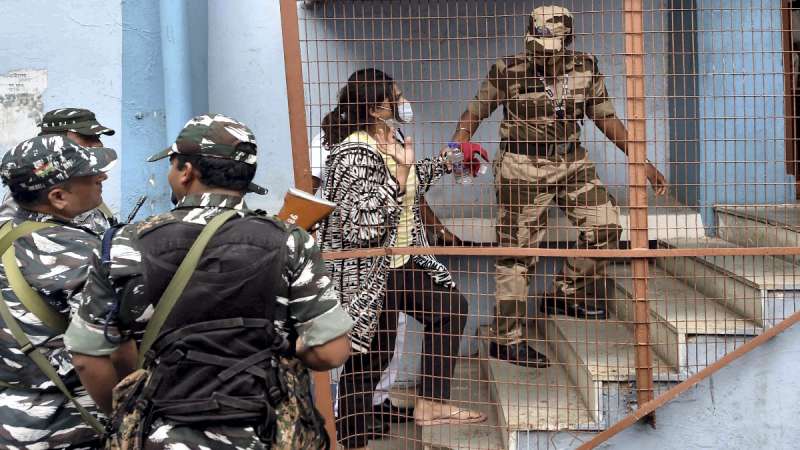 Bengal school jobs scam: Arrested Arpita Mukherjee, a close aide of former Bengal minister Partha Chatterjee, counsel informed a Kolkata court that there is a threat to her life and requested for division 1 prisoner category for her client.

The counsel also demanded that her client's food and water should be tested in the jail before being served to her.

The enforcement directorate advocate also supported that there's a threat to her security as more than 4 prisoners can't be kept.

The court sent Partha Chatterjee and Arpita Mukherjee to judicial custody till August 18.

The decision came after ED prayed for 14 days' judicial remand of both -- Bengal minister Partha Chatterjee and his associate Arpita Mukherjee -- before a special PMLA court in connection with its probe into the money trail in the School Service Commission appointments scam.

The ED counsel also prayed for the court's permission to interrogate the two accused in the correctional home over new revelations in the case.

The Prevention of Money Laundering Act (PMLA) special court judge, Jibon Kumar Sadhu reserved his order after hearing all the parties in the case.

Chatterjee and Mukherjee have been in ED remand since their arrest on July 23 in connection with the agency's investigation into the alleged money trail involved in illegal appointments of teaching and non-teaching staff in West Bengal government-sponsored and aided schools.

Praying for Chatterjee's bail, his lawyer submitted that he is an ordinary person now and will not abscond.

"He is not an influential person anymore and is also willing to consider giving up his MLAship," Chatterjee's lawyer said.

Chatterjee has been relieved of his ministerial duties by Chief Minister Mamata Banerjee, while Trinamool Congress has removed him from all posts he held in the party.

The ED has claimed that out of the 15 days that Chatterjee has been in its custody, at least two days were wasted owing to his admission to the state-run SSKM hospital.

Chatterjee was sent to AIIMS Bhubaneswar for medical checkup on the order of Calcutta High Court and the doctors there had said he did not require any immediate intervention.

The ED has claimed to have recovered Rs 49.8 crore in cash, a huge quantity of jewellery and gold bars from flats owned by Mukherjee, besides documents of properties and of a company joint held by the two accused.

(With inputs from PTI)