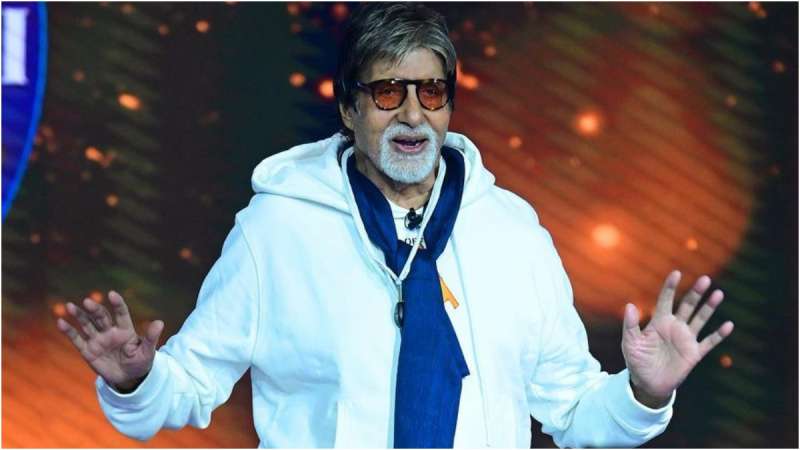 Kaun Banega Crorepati 14 is all set to go on air on Sony TV from August 7. The show makers and host, megastar were seen interacting with the media persons and fans at the set in Mumbai on Wednesday ahead of the new season's launch. During the press meet, Big B spoke extensively on his long-term association with the show and how he preps for the hosting duties before the shoot commences.

Big B has made KBC one of the most successful reality shows in India with his inimitable hosting style. Apart from performing the duties of a quizmaster, he appears to be a contestant's ally as they try to navigate the tough questions on the show all while facing the pressure of winning the maximum possible prize amount. About making a connection with the contestants who take the hot seat, Big B said, "I can relate to every contestant who comes to the show. People might feel that I say this for effect but everyone knows that I also had humble beginnings when I came to Mumbai. So when a contestant shares his journey or struggle, I can connect with him."

As Kaun Banega Crorepati 14 is about to start, show director Arun Sheshkumar shared how Amitabh Bachchan as host is at the centre of affairs. "Mr Bachchan is the pivotal point of the show and he is a conductor, as we call it. He is the man who is running this whole orchestra called 'Kaun Banega Crorepati'. The beauty with which he adapts and gels into the situation is a director's delight. Watch him mould to the situations and ease out the contestants or bring the tension onto the game. It's like the word is given and it's a go," Arun told IANS.

In the premiere episode of Kaun Banega Crorepati 14, many special guests will be taking the hot seat in front of Amitabh Bachchan. , Mary Kom, Sunil Chhetri along with Mithali Madhumita, the first female officer to win the Gallantry Award and Major DP Singh, India's first blade runner. Apart from a star-studded night, the viewers will also get to know about some new elements that will be introduced in the new season. Unlike the last season in which the highest prize money was Rs 7 crores, this year it is Rs 7.5 crores.

Apart from KBC 14 host, Big B is also set in a number of movies in the coming time. They are Brahmastra: Part 1, Uunchai, Goodbye, Project K, The Intern remake and Gujarati film Fakt Mahilao Mate among others.