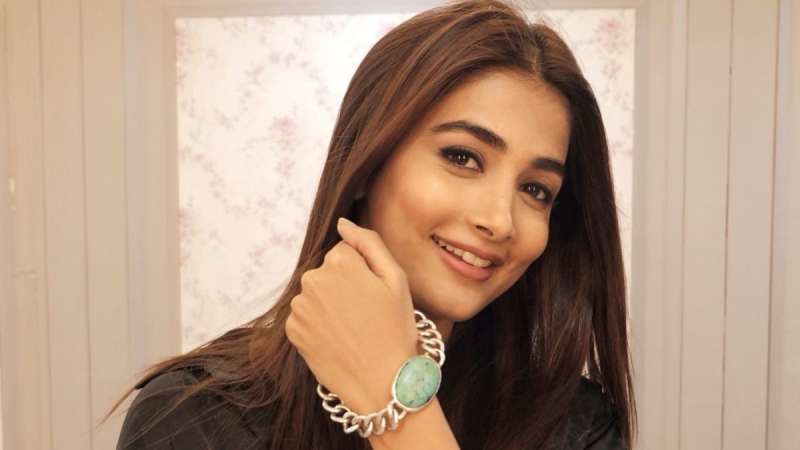 Kabhi Eid Kabhi Diwali Latest Update: It's good news for all fans. The shoot for Bhai's next film has begun and the update was shared by the film's leading lady Pooja Hegde. The actress shared a photo on her verified Instagram account flaunting Salman's signature bracelet. Without giving away any details, the actress simply posted the pic wearing a black outfit and the actor's iconic jewellery piece. "Shoot begins," she wrote in the caption and tagged Salman and filmmaker Farhad Samji in the post. She is reportedly playing a traditional small-town girl opposite Salman's character.

Take a look at the photo:

Earlier, talking about being a part of different film industries across India, Pooja said, "God has been really kind to have given me the opportunity to showcase my talent in different film industries and be given so much love by the audience. I always wanted to be known as an Indian actor and not let the barrier of language restrict my work. The idea is to do good work, work hard and prove your credibility".

Kabhi Eid Kabhi Diwali, which holds a cross-cultural love story at its heart, will also offer a healthy dose of comedy, romance and action. The film will be helmed by Farhad Samji, who also directed the , and Arshad Warsi-starrer 'Bachchhan Paandey'.

The film produced by Salman Khan Films, also stars Aayush Sharma. He will play a pivotal role as one of the on-screen brothers of the lead protagonist of the film essayed by superstar Salman Khan.

Apart from Pooja Hegde and Aayush, there are other actors from the south Indian and north Indian film industries as well. The film is eyeing a theatrical release either in latter half of 2022 or early 2023.

Meanwhile, Pooja is gearing up to dive into the promotional spree for 's 'Cirkus'. She also has 'SSMB28' opposite Mahesh Babu on her slate.