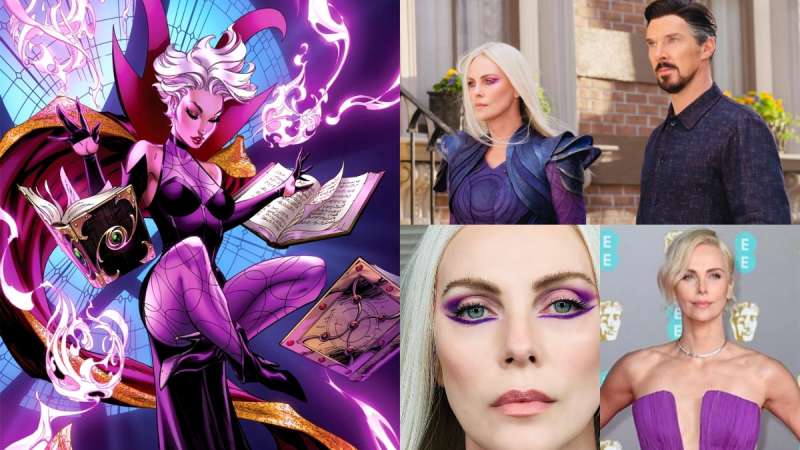 Theron's casting as Clea had been rumoured for the last few weeks as word of the many surprises in 'Multiverse of Madness' began to trickle through the Internet. But Theron's post marks the first time the Oscar-winning actor has acknowledged she's playing the character. Take a look:

Who is Clea? Everything you need to know about Marvel's character

this is the first time that Clea has been introduced in Marvel Cinematic Universe. However, the character has a long history in Marvel comics. She first appeared in comics in 1964 in Strange Tales #126. Created by Stan Lee, as per comics, Clea was born in the Dark Dimension. By birth she is related to Dormammu (remember the villain in 2016's Doctor Strange).

Power and abilities of Clea

Clea is the Sorceress Supreme of the Dark Dimension. She possesses magnificent powers. She can manipulate forces of magic, magically construct beings and conjure objects. She can also perform teleporting, telekinesis, levitation and control others' minds. In addition to replicating all the spells that Doctor Strange can, she can generate her own mystical energy (like Umar and Dormammu). It is possible because she is a descendant of the Faltine race of energy beings. One cannot determine her age as she has been living the same way for centuries.

How is Clea related to Doctor Strange in comics?

In comics., when Doctor Strange went to the Dark Dimension to battle against Dormammu, he was aided by Clea. It is there that fell in love. The two together fight multiple villains of MCU and are often seen going on adventures. After a series of evil manifestations by Dormammu and Umar, Doctor Strange, on the advice of Ancient One brings Clea to Earth and they start living in  Sanctum Sanctorum. She becomes his disciple and starts growing her mystical potential. With training and her intelligence, she soon becomes equal to Doctor Strange in terms of mystical powers and takes her place as one of the Defenders. Together they save Earth on various occasions.

After certain events, Clea heads back to Dark Dimension. Eventually, Clea and Strange get married, but Clea must commute between the Dark Dimension and Strange's reality, which, naturally, puts something of a strain on their relationship.

At this point, it is unclear where Theron's version of Clea will go within the MCU, but the post-credit scene strongly suggests that she and Cumberbatch will headline the next 'Doctor Strange' movie.

For the unversed, Theron appears in full sorcerer regalia while Stephen Strange (Benedict Cumberbatch) is walking down the street in the post-credit scene. She tells him that his multiverse hopping actions from the film have caused an "incursion" between universes, which, as it sounds, was not a good thing.

After ripping the fabric of reality to reveal a portal to the Dark Dimension -- i.e. Clea's home -- she asks Strange to join her to repair the damage, and he does.

Given that Theron is one of the biggest established stars ever to join the Marvel Studios fold, it also seems likely that Clea could have a long and healthy future within the MCU.