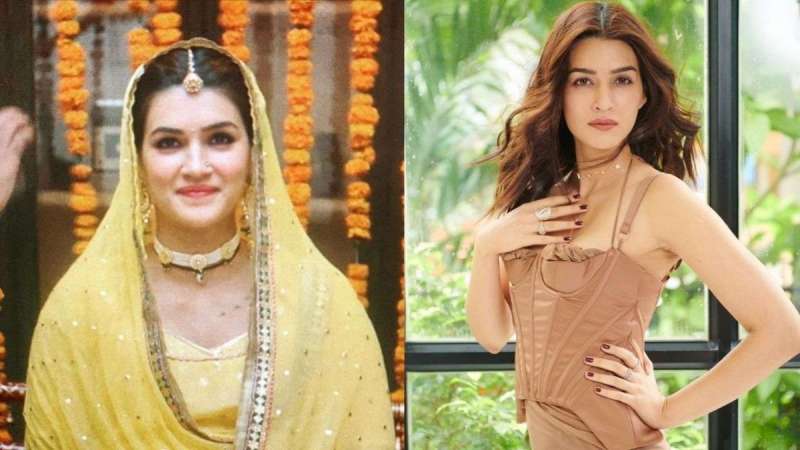 Want to lose weight but don't want to go gymming? Well, it is possible. According to the popular notion, you need to do extensive exercises and workout to shed extra kilos. But that is not entirely true and Bollywood actress proves it. While filming for ‘Mimi', in which she essayed the role of a surrogate carrying an American couple’s child, Kriti had gained 15 kg of weight for appearing authentic on screen.

After the film was wrapped up in 2020, she had the arduous task of dropping kilos without the aid of a gym, during the first lockdown.  Speaking about it, Kriti shares, "I began working out at home with the help of virtual trainers. I lost all the excess weight during the lockdown. When I was 15 kilos more than my usual body weight towards the end of Mimi's schedule, I remember feeling unfit. When you feel so unfit, you understand the importance of fitness."

To prove the same again, she posted a video working out with her team as she shoots for her upcoming film. "Who needs a gym to workout!!" she captioned the post.

To gain the extra kilos, the actress gorged on chips, chocolates, shakes and more, and shed all of it during the lockdown with virtual workouts.

Mimi is special for Kriti for more than one reason. the actress had earlier credited 'Mimi' for giving her the strength to take on more risks. Currently, Kriti is shooting for the last leg of the schedule of the action flick 'Ganapath', alongside .  Next on the cards for the actress are several big-ticket releases like 'Adipurush' with Prabhas, 'Bhediya' with Varun Dhawan and 'Shehzada' with Kartik Aaryan.

Her last screen outing was 'Bachchhan Paandey'. She recently opened up about her approach to her character in the film. Sharing her thoughts on her understanding of a filmmaker's character, Kriti said, "As an actor, once you have gone through a certain number of films, you soak in more than you think, just by observing and looking around, you start understanding how the directors make their vision come alive, their process and mannerisms."