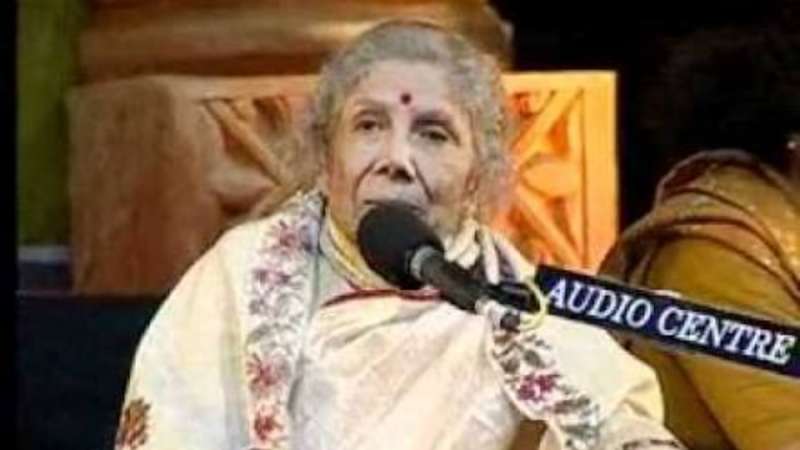 Singing legend Sandhya Mukherjee also known as Sandhya Mukhopadhyay on Tuesday refused an offer of a Padma Shri award when she was contacted by central government officials telephonically for her acquiesce. Daughter Soumi Sengupta said Mukherjee told the senior official who called from Delhi that she was not willing to be named as a Padma Shri recipient on being contacted seeking her consent to being named a Padma Shri in the Republic Day awards list.

"At the age of 90, with a singing career spanning over about eight decades, being chosen for Padma Shri is demeaning for a singer of her stature," Sengupta said.

"Padma Shri is more deserving for a junior artiste, not `Gitasree' Sandhya Mukhopadhay. Her family and all the lovers of her songs feel," the daughter said.

The singer considered for long a prima donna of music in Bengal has also sung for a number of Hindi movie music directors including S D Burman, Anil Biswas, Madan Mohan, Roshan and Salil Choudhary.

According to the Ministry of Home Affairs (MHA), the President approved conferment of 128 Padma Awards, including two duo cases, this year. In a duo case, the award is counted as one. The list comprises 4 Padma Vibhushan, 17 Padma Bhushan and 107 Padma Shri awards.

Thirty-four of the awardees are women and the list also includes 10 persons from the category of Foreigners/NRI/PIO/OCI and 13 posthumous awardees. The Padma awards are announced annually on the eve of Republic Day.