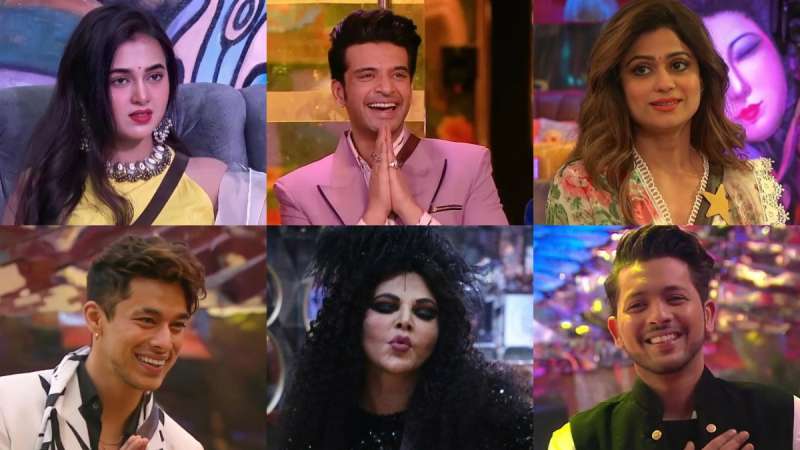 As the 'Bigg Boss 15' finale is just around the corner, the contestants are trying all their moves to impress the audience and win 's show. However, there will be only one winner. With Rashami Desai, Devoleena Bhattacharjee and Abhijit Bichukale's eviction this week, BB 15 has got its top 6 finalists. Fans are charged up to watch Bigg boss 15 grand finale and see who will lift the trophy this season. BB 15 grand finale will be held on 29th and 30th January. Ahead of the gala event, take a look at the complete list of Bigg Boss 15 finalists:

A popular face of television, Karan Kundrra has been part of reality shows like Roadies and Love School before. While he has always been a mentor or a judge in those shows, Karan entered the Bigg Boss 15 house as a contestant. Throughout the season he has been able to stay in the limelight courtesy of his romantic relationship with co-contestant Tejasswi Prakash and aggressive game planning.

Tejasswi Prakash has emerged as one of the most talked about contestants this year. From her nasty fights with Shamita Shetty to dramatic antics with Karan, the actress became a topic of discussion every now and then. For the unversed, she rose to fame with her lead role of Ragini Maheshwari in Swaragini - Jodein Rishton Ke Sur. Last year she was seen in Khatron Ke Khiladi 10 and impressed the viewers with her daredevil personality.

Shamita joined Bigg Boss 15, right after Bigg Boss OTT. The move helped her. She impressed fans with her poise and grace and the same continued in BB 15. The actress had earlier participated in Bigg Boss 3 but had to leave the show for her sister Shilpa Shetty's wedding to Raj Kundra.

Nishant Bhat was the Bigg Boss OTT first runner up. Nishant's journey has been much appreciated by the fans. He made good friends here and earned laurels for being a team player. His planning and mind games also earned him the tag of 'Naag' in the show.

Rakhi Sawant, who is a frequent contestant on the show entered Bigg Boss 15 as a wild card contestant. This season, Rakhi became a part of the reality show with her husband, Ritesh. While the audience is still sort of unconvinced, if they're really married, the two managed to hog the limelight this season.