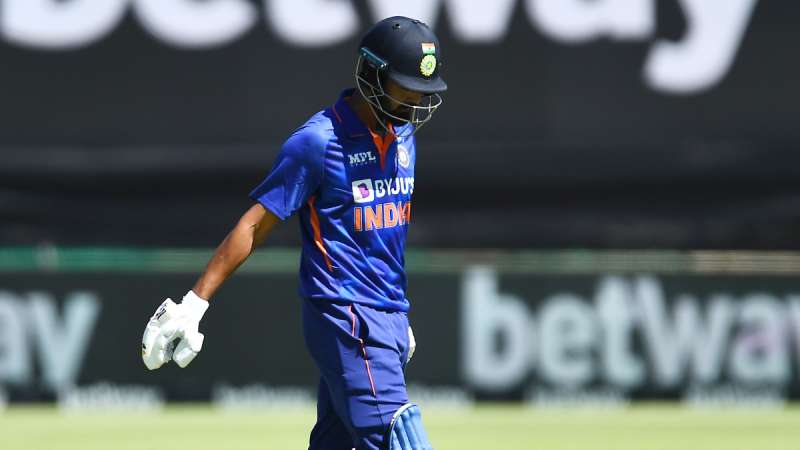 on Sunday had a shameful record registered his name after hosts South Africa defeated India by four runs in the 3rd and final ODI of the series in Cape Town. With this defeat of India, Rahul has become the first Indian to lose the first three ODIs as a captain.

Before this, no captain in Indian history has lost his first three ODIs.

A glance at some other records in the match

Most runs in an ODI in which all 20 wickets fell

S.Africa's smallest ODI win against India in terms of runs

Talking about the match, South Africa scored 287 runs while batting first with the help of 's brilliant century. During this, de Kock faced 130 balls and played a wonderful innings of 124 runs with the help of 12 fours and two sixes. During his innings, de Kock also shared a brilliant 144 runs for the fourth wicket with Van der Dussen. Krishna, famous for India, took the most three wickets.

Team India, chasing the target, had a very poor start. Captain KL Rahul returned to the pavilion after scoring just 9 runs. After this (61) along with (65) took over Team India and there was a partnership of 98 runs between the two players. After these two players returned to the pavilion, it seemed that Team India would lose this match easily, but at one point, Deepak Chahar (54) raised hopes of victory by playing a half-century. But with his wicket in the 48th over, this hope was also shattered. The Indian innings was reduced to 49.2 overs.