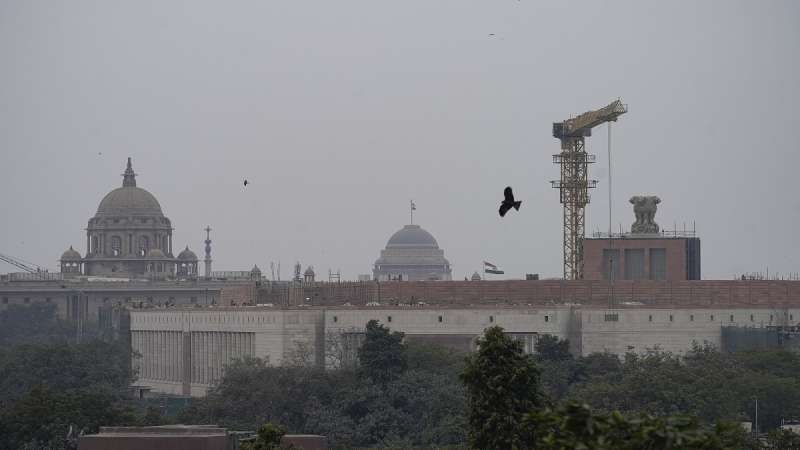 The maximum temperature is likely to settle around 22 degrees Celsius. Overcast conditions are expected on Republic Day also.


The Safdarjung Observatory, Delhi's primary weather station, had logged a minimum temperature of 12.3 degrees Celsius, the highest this month so far, on Tuesday (January 24).

The maximum temperature had settled at 21.6 degrees Celsius.

The city had recorded a maximum temperature of 25.9 degrees Celsius on Monday- the highest in the month in four years- according to the weather department. Clouds trap heat that gets through during the day, keeping night-time temperatures above normal.

However, cloudy weather reduces daytime temperatures by preventing exposure to the sun. Delhi is likely to see cloudy skies for the next four to five days.

Last year, the city had recorded 82.2 mm rainfall in January, the highest in the month since 1901.

Met department predicts thunderstorm, rain over parts of UP, Haryana:

The regional meteorological center of Delhi predicted thunderstorms with rains over a few districts of Uttar Pradesh and Haryana during the next two hours.