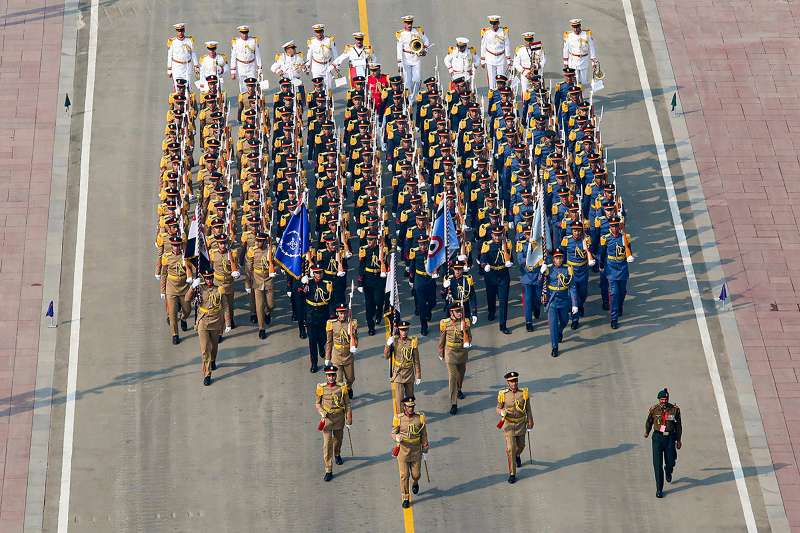 Republic Day 2023: Going to watch the parade, DO NOT take these things with you

Republic Day 2023: Delhi Police has intensified patrolling in the national capital ahead of Republic Day to prevent any untoward incident. Police said that around 6,000 security personnel would be deployed in New Delhi district for those participating in the Republic Day celebrations. Officials said this year, security personnel have been deployed by setting up additional posts in the border areas to prevent unwanted elements from entering the national capital. At the same time, for the people coming to watch the parade, the police has issued a list of those things, which have been banned from bringing.

Delhi Police has made a tweet from its official Twitter handle, in which it has been told what things are prohibited to be carried in the Republic Day parade. According to this tweet, eatables, cameras, binoculars, handycam bags, briefcases, briefcases, pens, inflammable items, coins, arms and ammunition, fireworks, firecrackers, explosives, cigarettes, bidis, lighters, Restrictions have been imposed on bringing matchsticks, laser lights, cutting, sharp pointed materials, screw drivers etc. If you are coming to watch the parade on the 'duty path' with these things, you may have to go back.

Scanning QR Code, a first
The given arrangement of QR code For the convenience of the people coming to watch the Republic Day parade, a QR code scanner has also been installed, where they will have to scan their tickets. From this scanner it will be known whether the ticket or pass is valid or invalid. Apart from this, separate helpdesks have also been made on the duty path, so that the visitors do not face any kind of problem. To avoid overcrowding, there will be arrangements for parking of vehicles at West Palika Parking and Connaught Place as well as at Jawaharlal Nehru Stadium in the south.

Over 150 CCTV cameras  installed
Police said that around 60,000 to 65,000 people are expected to participate in the Republic Day celebrations. New Delhi DCP Pranav Tayal said that more than 150 CCTV cameras have been installed and some of them have facial recognition system. Police said that an anti-drone team of 'NSG' and 'DRDO' will also be deployed. He said security personnel would be deployed at multi-storey buildings in central Delhi and after checking, the establishments would be sealed on January 25 like every year. He said the security personnel are prepared to deal with any kind of threat.