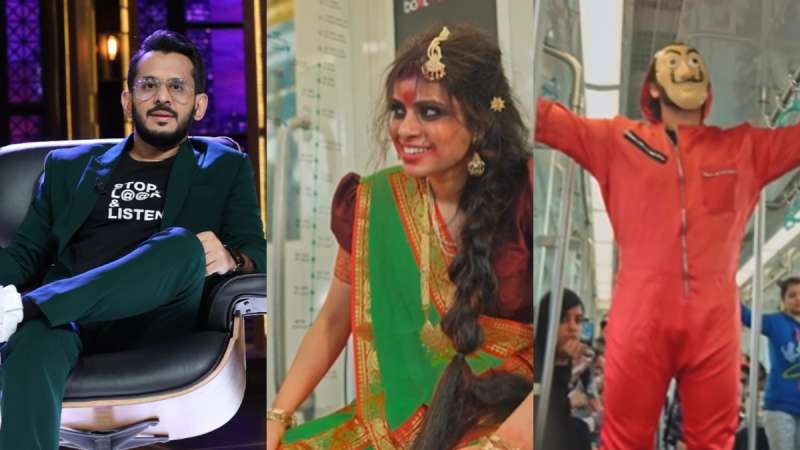 Social media erupted as videos of a young woman impersonating the fictional figure "Manjulika" and terrifying passengers on the Noida-Greater Noida metro train went viral. In a different video, two men who were cosplaying as characters from the K-drama "Squid Game" and the well-known Netflix series "Money Heist" joined her.

Many people assumed that the video was indeed a prank by some youngsters or that it was made for some YouTube video, but the reality is quite different. The characters and their act were all part of a creative marketing scheme for BoAT, a Delhi-based electronic gadget firm owned by Shark Tank India fame Aman Gupta, in collaboration with the streaming giant, Netflix.

The Noida Metro Rail Corporation (NMRC) also stated that these videos were a part of an advertisement that was filmed with permission on the metro premises. The statement read, "This is to clarify that video going viral on various Social Media Platforms is a part of a commercial advertisement shooting which was held on 22.12.2022 under approved NMRC Policy for Film Shooting. Also, video clip is morphed and edited. NMRC has approved Film Shooting Policy where it provides its infrastructure including Rolling Stock on rental basis to earn Non- Fare Box Revenue."

BoAT also posted the amusing and innovative advertisement, which features fictitious characters strolling around the metro compartment. The caption read, "Sound so powerful your favourite characters came to life. Our all-new Stream Edition is what caused the recent #ViralMetroIncident ."

The video received over 113k views.