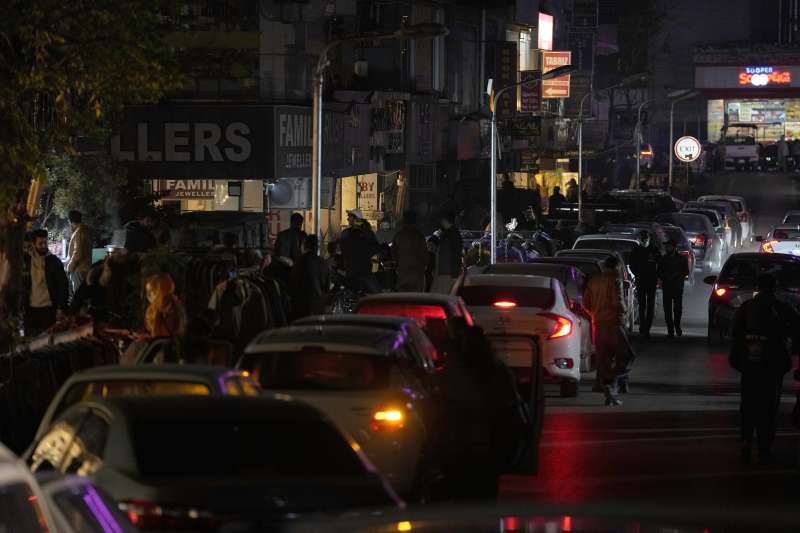 No petrol in Pakistan! Long queue at fuel stations amid economic turbulence: Reports

Pakistan economic crisis: As Pakistan grapples with the worst-ever economic turbulence-- with inflation and unemployment rate touching a record high-- local media reports claimed the citizens are now struggling hard to get fuel in their vehicles. According to a report by a Pakistani media outlet, Dawn, long queues were seen at several petrol pumps. Speaking to the media, people who were waiting in the queue, said that the wait time at the fuelling stations was more than an hour.

According to reports, Pakistan's capital city of Islamabad and the Khyber Pakhtunkhwa province was the most affected cities as oil marketing companies reduced their import. "I had to wait for around half an hour to fuel up at a GT Road petrol pump," he said, as quoted by Dawn newspaper. At least 20 more lined up there, he said.

The motorcyclist said the wait at a filling station in the Faqirabad area lasted around 50 minutes. Large-scale closure of petrol pumps was reported in the Mansehra district due to petrol shortage. The Khyber PakhtunkhwaCNG administration on December 31 closed all CNG stations in the provincial capital for a month to ensure the supply of natural gas to domestic consumers.

The News International this week reported that the gas crisis in Pakistan is set to worsen in February as ENI, a Liquefied Natural Gas (LNG) trading company in Pakistan, has backed out of the LNG cargo which was scheduled to arrive on February 6-7, 2023, a senior official of the Energy Ministry confirmed.

It is worth mentioning that the country has been reeling under the worst economic crisis following a three-month flood that washed away nearly all major crops in the country. However, the situation was not "alright" for Pakistan even before the natural disaster hit the nation. According to multiple local media reports, edible oil was sold at Rs 600 per litre even in the first week of August and ghee at nearly Rs 700 per litre. The situation turned grimmer after the deadly floods, wherein more than 2,000 people were killed and thousands went missing.

In December, local media reported that the cost of cooking gas rose to Rs 1,200 per kg near Afgan border regions while the cost of flour went up to Rs 160-170 per kg.

Pakistan does not have much time to act

Commercial banks' foreign currency reserves stood at USD 5.8 billion, taking the country's cumulative reserves to around USD 10.18 billion. SBP's reserves have dropped by USD 12.3 billion in the last 12 months; from USD 16.6 billion on January 22, 2022, to USD 4.3 billion on January 6, 2023, reported The News International.

Friendly countries like Saudi Arabia, have been "studying" the possibility of an additional USD 2 billion deposit, but it is not yet clear how much time they will take to make the decision, added the report.