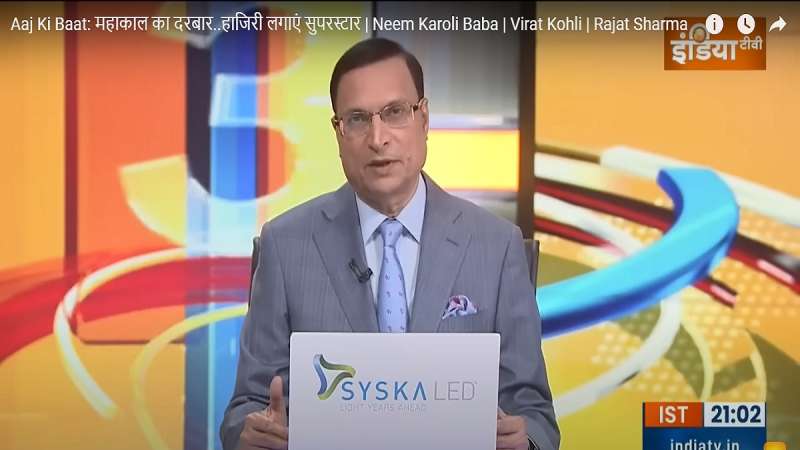 Digvijaya Singh surgical strike remark: The Congress on Tuesday appeared to be in two minds on taking a firm stand on the issue of surgical strikes carried out by armed forces inside Pakistan.


Rahul Gandhi, during his ‘Bharat Jodo Yatra’, said at a media meet in Nagrota, “I do not agree with Digvijaya Singh’s statement. It is crystal clear that we (as a party) disagree with it.  We trust the Army. The armed forces do their job exceptionally well and need not provide any proof of that. We do not appreciate Digvijaya Singh’s views. I can assure you that his views are not shared by the party.”

Asked whether any action would be taken against Digvijaya Singh, Rahul Gandhi replied: “We are a democratic party. We aren’t a dictatorship. Digivijaya Singh’s personal views are not above that of the party.”

The day before, Digvijaya Singh had questioned the authenticity of surgical strikes, after the Uri terror attack in which 19 jawans were killed. Singh, while addressing a gathering at Sarwari Chowk in Jammu on Monday had said, “ They (BJP) talk about surgical strikes, but there is no proof. All they do is spread lies.”

The same day, party general secretary Jairam Ramesh said, “the views expressed by Digvijaya Singh are his own and do not reflect the position of Congress. Surgical strikes were carried out before 2014 by the UPA government. Congress has supported and will continue to support all military actions that are taken in the national interest.”

Even after Rahul Gandhi’s snub, Digivijaya Singh, on Tuesday, changed tack, and issued a series of tweets demanding explanations about the 2019 Pulwama terror attacks.  Digvijaya Singh tweeted: “I have held our armed forces in high esteem. Two of my sisters were married to Naval officers. There is no question of my asking questions to Defence officials. My questions are to the Modi government.”

“ Question 1-Who is responsible for the unpardonable intelligence failure where our 40 CRPF personnel were martyred? 2- From where the terrorists could source 300 kg of RDX? 3- Why was the request by CRPF to airlift the CRPF personnel denied? These are my valid questions to the Modi govt. Don’t I as a responsible citizen have a right to know the facts? Who has been punished for this serious lapse? In any other country, the Home Minister would have been made to resign.”

Digvijaya Singh’s antics have become a sore for the Congress party. For the last two days, positive news about Rahul Gandhi’s ‘Bharat Jodo Yatra’ in Jammu and Kashmir has been drowned in the raging controversy over Digivijaya Singh’s remarks about surgical strikes. Finally, Rahul had to appear before the media to set the record straight. Digivijaya’s remarks on surgical strike has spoiled the party’s narrative about the Yatra, with only five days to go for the march to end in Srinagar.

BJP leader Ravi Shankar Prasad attacked Rahul Gandhi for describing Digvijaya Singh’s remarks as his “personal opinion”.  He said, ‘Congress resorts to such tactics whenever the party is trapped due to its leaders’ remarks against the army. Congress must clarify its stand on terrorism and national security…Even Rahul Gandhi in the past had insulted the armed forces and had demanded proof about the surgical strikes.’

Congress leader Jairam Ramesh’s anger was evident on Tuesday, when he brushed off the mike of reporter Vijay Laxmi when she was trying to ask questions at Digvijaya Singh during the Yatra. Jairam Ramesh literally shoved the reporter, saying “Please allow us to walk. Go and ask questions from the Prime Minister.”

Jairam Ramesh’s brusqueness and anger was indicative of the thinking in the Congress leadership, which suddenly found its ‘Bharat Jodo Yatra’ narrative, spoiled by its own senior leader. Digvijaya Singh, however, looked unruffled, during the Yatra, and was seen smiling. BJP leader Ravi Shankar Prasad said, it was clear that Jairam Ramesh was trying to prevent Digvijaya from speaking, and all this appears to be part of the Congress strategy.

The goodwill that Rahul Gandhi garnered during the last 130 days of his Yatra has been frittered away by a single remark made by Digvijaya Singh. The Congress now appears to be on the backfoot. Digvijaya Singh is one of the top leaders of the party. He is trusted by the Gandhi Nehru family. He has been the political guru of Rahul Gandhi. He has been chief minister of Madhya Pradesh for a decade.

Congress may well distance itself from Digvijaya Singh’s remark, but the fact is that, several Congress leaders including Rahul Gandhi, had, in the past, demanded proof about the surgical strikes.

Digivijaya Singh has raised questions about Pulwama terror attack. This case was investigated by National Investigation Agency, and in a matter of 18 months, 13,800 page charge sheet was filed in court. 19 persons were made accused, out of whom, seven were Pakistani nationals, including Jaish-e-Muhammad chief Maulana Masood Azhar, and JEM masterminds Rauf Asgar and Ammar Alvi alias Chhota Masood. Twelve accused are Indian nationals. The suicide bomber Adil Dar died on the spot. Several others including Mohammed Umer Farooq, Sajjad Ahmed Butt and Mudassir Ahmed Khan were killed by security forces. Muhammad Umer was the mastermind of Pulwama attack. He had undergone training in Afghanistan.

NIA pieced most of the evidence and arrived at the conclusion that the terror attack was planned by Pakistan’s spy agency ISI and was executed with the help of terror groups based in the Valely. NIA has clearly established the role of all the accused, and the matter is in court. NIA director general Y C Modi said, the police official Devinder Singh, whose name was mentioned by Digvijaya Singh, had no role in the Pulwama attack.

Retired Air Marshal Raghunath Nambiar, former chief of Western Air Command, said, “This person (Digvijay Singh) does not know what he is speaking about. He has been given incorrect information. I took over Western Air Command two days after Balakot strike. I know very well what happened in Balakot. I can only assure that our brave pilots did what they were ordered to do, and they fulfilled all their objectives. Please do not listen to false claims of others and do trust our word that the Balakot air strike was a success.”

Retired Lt Gen Satish Dua, who was the Corps Commander in Kashmir during the 2016 surgical strike, said, “After the Uri attack, there was a meeting with Defence Minister Manohar Parrikar. It was decided to give a strong response to the terrorists. Surgical strike was planned. We cannot disclose in public domain the outline of the surgical strike. Those demanding proof are lowering the morale of the armed forces. Such people should abstain from making such comments.”

I have mentioned here what the top IAF and army officers said about the surgical strike and Balakot air strike. What more proof is wanted? The day after the surgical strike, the then DGMO Ranbir Singh had given details, and there should be no room for doubts in anybody’s mind.

Whatever Rahul Gandhi may say, Digvijaya Singh stands by his remarks. His series of tweets underline this. Digvijaya Singh may now ask Rahul Gandhi, if questioning the army’s valour is not the party policy, why did Rahul said a few weeks ago that “Chinese soldiers beat up our jawans”?

Let me put the record straight. Leaders like Digvijaya Singh got the chance to say this because they know that Rahul Gandhi, in the past, had raised questions about the army’s valour.

No one can beat Digvijaya Singh as far as making outrageous comments are concerned. During Prime Minister Dr Manmohan Singh’s rule, he had described the Batla House encounter in Delhi as fake. He had described Al-Qaeda chief as ‘Osama Ji’ with respect. He had described Zakir Naik as a messenger of peace. He does not have faith in the Indian army’s valour and is asking for evidence.

To question the army while criticizing the government is not fair. But Rahul Gandhi is unwilling to take action against Digvijaya Singh because he feels that he is the most vocal and strident critic of BJP and RSS, and this suits his ears.