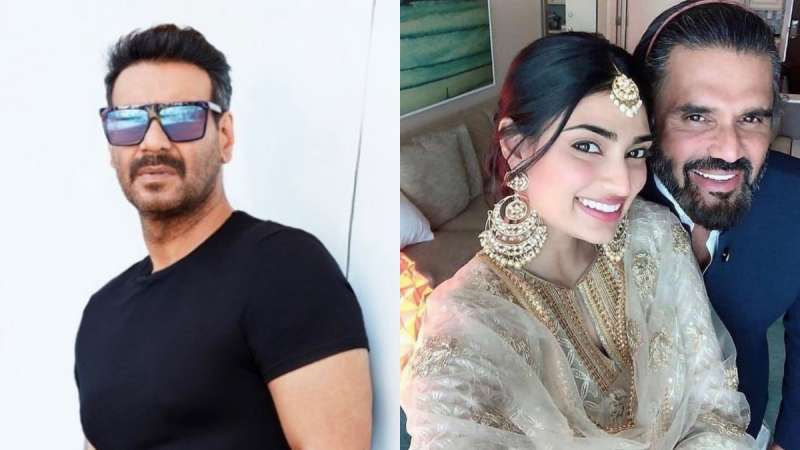 Athiya Shetty and 's wedding preparations have started in full swing and celebrities have already started pouring their wishes to the family. Fans and paparazzi have been eagerly waiting to get a glimpse of the ceremony. According to reports, the guests are not allowed to use their mobile phones and are not allowed to upload any pictures on social media.

Bollywood superstar Ajay Devgn took to his Twitter handle to send his wishes to the couple. Sharing a picture of the couple, he wrote: "Congratulations to my dear friends @SunielVShetty & #ManaShetty for their daughter @theathiyashetty's marriage to @klrahul." "Here's wishing the young couple a blissful married life. And, Anna, here's a special shout-out to you on this auspicious occasion. (heart emoji) Ajay," his tweet further read.

Ajay and Suniel, both of whom are one of the most loved stars from the era of the 1990s, are known to be close friends. The two have worked together in films like 'Dilwale', 'Qayamat', 'Cash' and several others. Reportedly, the wedding will be an intimate affair with close to 100 guests in attendance.

As per media reports, the wedding ceremony will see a mix of guests from the film and cricket world. The names of the guest attendees, who would reportedly be an integral part of the lavish event include Jackie Shroff, , , M.S. Dhoni, and .

Ahead of the daughter's wedding, daddy Suniel Shetty arrived at his Khandala house to check on the last-minute details of the big day. As the actor spotted all the paparazzi, he assured that the couple will pose for pictures afterward for the photographers. Suniel Shetty told all the photographers that the couple will pose for pictures afterwards. In a video seen on celebrity photographer Viral Bhayani's account, Suniel is seen getting out of his car and walking up to the paparazzi. He is heard telling them, "Aa rahe hain hum log. Kal unko leke aata hoon, bachchon ko."

Earlier, videos of the decorations at the Khandala surfaced on the internet. The bungalow was all decked up in fairy lights, roses and golden shamiana. The wedding ceremony, being held on Monday, is reported to be 'an extremely close-knit family affair'. Only close friends and family will be invited with a few from the industry attending.

(With inputs from IANS)