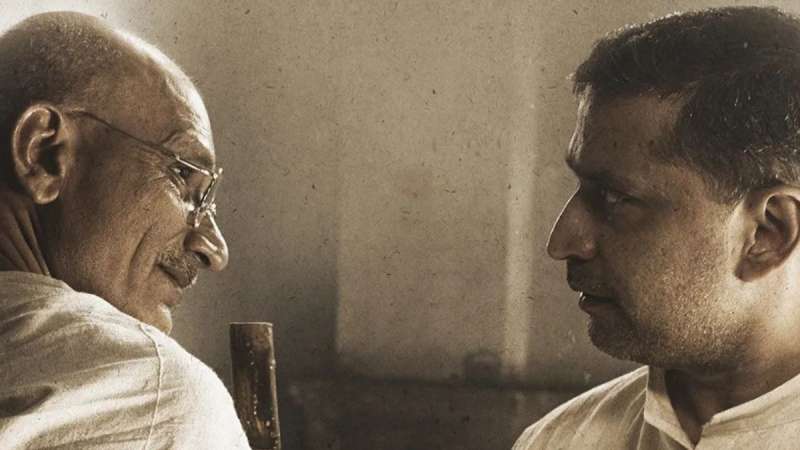 Rajkumar Santoshi's upcoming film Gandhi Godse: Ek Yudh has been in the news, but not for all the right reasons. Written and directed by Santoshi, the film depicts the war between the two opposing ideologies of Mahatma Gandhi and his assassin Nathuram Godse. The movie features Deepak Antani and Chinmay Mandlekar as Mahatma Gandhi and Nathuram Godse, respectively. The film is scheduled to be released on January 26. Ahead of the theatrical debut, Santoshi and his lead cast members Deepak and Chinmay spoke exclusively to about Gandhi Godse: Ek Yudh, the challenges they faced while filming it and what idea the film seeks to present to the audience.

Rajkumar Santoshi challenges those who are protesting against his film Gandhi Godse: Ek Yudh claiming that it glorifies Gandhi's assassin, Nathuram Godse. He said, "Censor board has seen the film twice and has given us a U certificate. I believe this film should be shown in schools and colleges. People have only seen the trailer and not the whole film. The 'supporters' of Gandhi who are burning effigies and claiming to set the theaters on fire, I ask them, 'Are you a real supporter of Gandhi?' My idol is Shivaji Maharaj and Balasaheb Thackeray. When I was making the film, I understood that a lot of atrocities were done with Godse. His words were suppressed. No one knew what Godse was and why did he do this. Through my film, I am keeping him alive."

Will Gandhi Godse: Ek Yudh glorify Godse and present Gandhi in a contemptuous light? On this Santoshi shared, "There is no contempt of Gandhi in the film. I am not saying anything bad about it. I am bringing forward the views of both. I have the truth and am bringing it to the fore. I appeal to people to watch the film with an open mind. I have tried to do justice to both Gandhi and Godse. I think I have been successful to a great extent. Attacks like these will keep happening and I am not afraid. The injustice done to Godse is nothing compared to what happened to me."