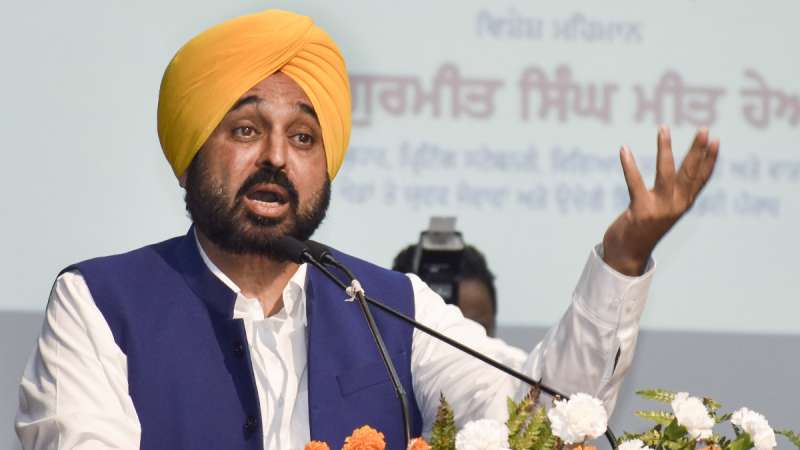 Punjab Chief Minister Bhagwant Mann has said that his government is planning to establish a big film city in the state and requested the filmmakers in Mumbai to set up their studios in Punjab as well.

"We are planning to establish a big film city in Punjab. I will request film studios in Mumbai to establish their studios in Punjab also. I am here to connect the Punjabi cinema industry and Bollywood," Punjab CM Bhagwant Mann said in Mumbai.

Before this, Uttar Pradesh Chief Minister had pitched filmmakers to set up their studios in Noida as the state government is also working on establishing a new film city.

On Saturday, Bhagwant Mann launched his government's ambitious project Schools of Eminence, saying it is a "revolutionary" step in ensuring a golden future for the students and also a giant leap towards becoming a real frontrunner in education.

A budget of Rs 200 crore has been earmarked for the Schools of Eminence project.

The project aims at reimagining education in government schools envisioning holistic development of students and preparing them to be responsible citizens.

Under the Schools of Eminence project, 117 government schools in 23 districts will be upgraded with a special emphasis on classes 9 to 12.

The official said besides career-related counselling, Innovative teaching practices will be followed and guidance for professional exams will also be provided to students.

Mann said these schools are being set up to cherish the aspirations of the freedom fighters which will groom students for futuristic needs and help Punjab emerge as a role model in the education sector.