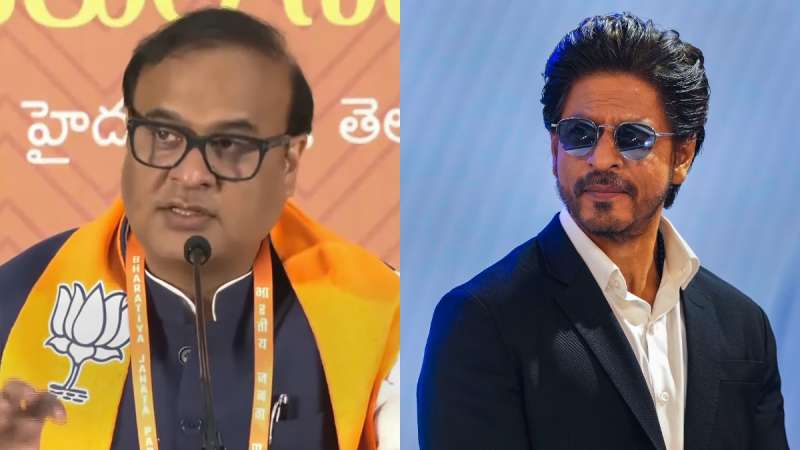 On 2 AM phone call with Shah Rukh Khan, Assam CM ensures security during screening of Pathaan

Assam Chief Minister Himanta Biswa Sarma has said that Bollywood actor Shah Rukh Khan called him last night and expressed concern about an incident in Guwahati during the screening of his upcoming film Pathaan. The chief minister informed the actor that maintaining law & order is the duty of the state government and assured security during the screening of the movie.

"Bollywood actor Shri @iamsrk called me and we talked today morning at 2 am. He expressed concern about an incident in Guwahati during the screening of his film. I assured him that it’s the duty of the state government to maintain law & order. We’ll enquire and ensure no such untoward incidents," Assam CM Himanta Biswa Sarma said.

Pathaan is marking the return of Shah Rukh Khan as the main lead after more than four years. Trade experts and box office analysts have predicted that Pathaan is expected to earn around Rs 35-45 Crores on the first day itself.

The advance booking of the Shah Rukh Khan starrer is getting great responses all over India, and it will certainly benefit from the holidays surrounding Republic Day.

SRK’s previous release as the main lead, Zero, failed at the box office despite earning Rs 20 Crores on the first day. Pathan will surely need positive reviews and feedback to continue its momentum at the box office after the initial burst.

Pathan has also created a storm at the box office in Germany.

The film has already earned 150 thousand Euros with its advance booking leaving behind the lifetime collection of KGF: Chapter 2 in Germany.

The love for Shah Rukh Khan in Germany is unmatched, and the Pathaan mania has undoubtedly started in this country.