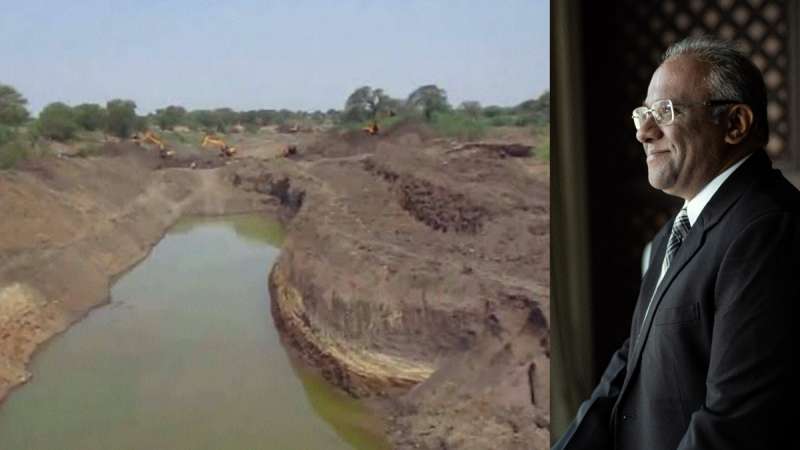 Global warming, pollution, and other environmental hazards have become a topic of concern for everyone lately. The AQI is worsening in Delhi NCR, and experts have been rolling out ways to minimize these environmental problems which further impact the human race. It is said that nature gives the solution to its problems as well, humans only need to work as the catalyst in that process. The same thing is being done by businessman Chintan Patel who has been working rigorously towards bringing change across different levels. Patel is the Managing Director of Deesan Group, a leading name in the textile industry founded in 2004. While the company looks into the manufacturing of towels and other garments, Patel is a man with diversified skills. Not only an industrialist, but Chintan Patel has consistently worked towards uplifting society. He is the pioneer behind Maharashtra's leading educational institutions.

As a Vice President of Shri Vile Parle Kelvani Mandal, he runs Mumbai's Mithibai College and Narsee Monjee Institute of Management Studies. In addition, Chintan Patel's family has been running the Shirpur Education Society (SES) which was started in October 1979. Putting education at the forefront, SES has successfully managed to boost education across the Indian rural areas. While Chintan Patel is married to Hiral Patel, the entrepreneur was born to Jayshree Patel and Amrish Patel. His father has been an eminent name in India's political arena and is his inspiration. In various instances, he has revealed that he imbibed philanthropy within him from his father. Moreover, the father-son duo is working together for rainwater conservation in their hometown Shirpur, an initiative started by his father.

The rainwater harvesting method started by them became so popular that it was known as the Shirpur Harvesting Pattern across Maharashtra. Their method of rainwater harvesting was replicated in Bangalore and other places in India. The initiative led by Patel and his father has seen more than 1000 check dams being constructed across Shirpur and other adjoining areas in Maharashtra. Enlightening on it, the entrepreneur said, "We aim not to let even a single drop of rain go unused in Shirpur. Our consistent effort is to help farmers in every possible way. I have grown up in a business family, and I have learnt to always stick to the roots." Furthermore, he stated that the initiative of rainwater harvesting had its set of challenges starting with digging rivulets. "We could not make passages as it required land which belonged to other farmers. Fortunately, after looking at the advantages of rainwater harvesting, the farmers trusted our vision", he added.

Divided into two sections, the Shirpur pattern is the construction of check dams on every stream - small or big. With a gate and west weir to augment huge storage, it focuses on deepening the stream up to 15 to 20 metres and widening it up to 30 metres. More so, the Shirpur pattern stresses on artificial recharge of water through the dry dug wells in the alluvial area of Shirpur tehsil and cascade type of cement bunds. Based on the actual geological experiment in soil, the technology is made with a few pieces of equipment like pock lands and dumpers.

Not to forget, the Shirpur pattern is meant for sustainable irrigation in drought-prone areas and provides 24x7 water for industries, farming and other uses. With many people visiting Shirpur to learn about rainwater harvesting, the method of the Patel family has reached a global scale. The pattern initiated by them left Miss World Organisation in London impressed.