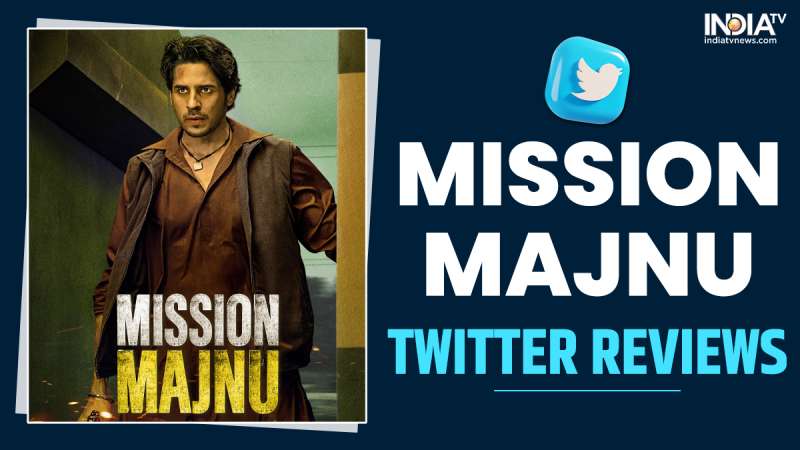 Shantanu Bagchi’s Mission Majnu, starring and Rashmika Mandanna, released on Friday on the streaming giant, Netflix. The spy thriller depicts the story of an undercover operation carried out by India prior to and during the 1971 Indo-Pakistani War. In the movie, a RAW field agent named Amandeep Singh travels to Pakistan on an undercover operation to look into Pakistan's involvement in developing nuclear weapons. While there, he must juggle his work and personal lives with his blind lover, Nasreen. Sidharth Malhotra is no stranger to this genre. With the smash hit Shershaah, he demonstrated his patriotism. As the film was released on Friday, fans jammed the microblogging site, praising the film.

Twitter is ablaze with people lauding the film and comparing it with Shershaah, as both films are of the same genre. One user wrote, "Uff!! Tariq, yet again proud of the actor you are @SidMalhotra... The way you performed be it in action and everything...only you..it's only you."

Another user wrote, "#MissionMajnu is a decent bout to present a spy drama with a STRONG CLIMAX & a EXCELLENT #SidharthMalhotra leading the pack. Special mention to the music and performances of #SharibHashmi, #KumudMishra and #AshwathBhatt."

A third user wrote, " I wonder if #MissionMajnu & #Shershah would have been released on theatre..! Log sadiyo yaad rakhega @SidMalhotra ka performance. What an actor he is. Career best performance so far. Ye dono film nahi feelings hai #MissionMajnuOnNeflix."

A user also wrote, "Amazing performance by @SidMalhotra  totally nailed it as Amandeep Singh everything was on point from songs,dialogues & story the way you depicted every scene was spot on the pride in your eyes for the nation was terrific an amazing cast as well #MissionMajnu."