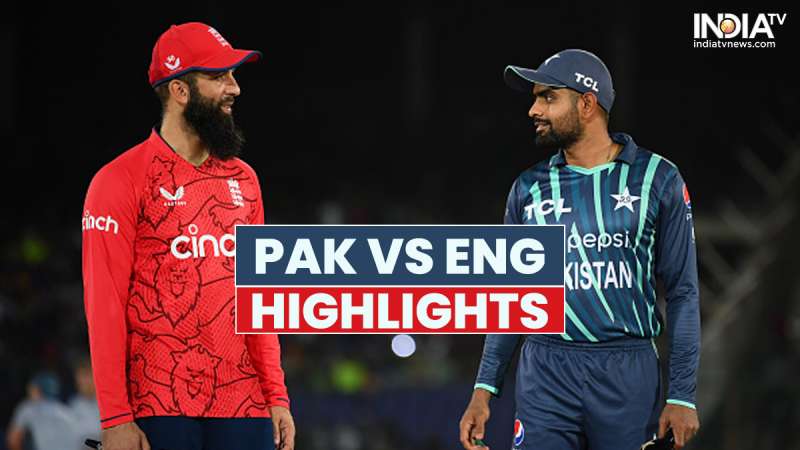 PAK vs ENG: Pakistan clinch yet another thriller by 6 runs in Lahore, take 3-2 lead in series

Pakistan and England served yet another thriller contest on Wednesday in Lahore as -led Pakistan won by six runs to take a 3-2 lead in the seven-match T20I series. Despite a low-scoring affair, the match had no shortage of drama as bowlers dominated from start.

In the end, 's unbeaten 51 made little difference as they could not score 15 in the final over. Mohammad Rizwan on the flip side brought his fourth fifty of the series highlighting him as one of the best T20I batters at the moment alongside India's Suryakumar Yadav.

Asked to chase a low total of 146, England made a poor start to their innings and lost (1) in the first over. Dawid Malan  (36) and then Moeen Ali steered the innings but neither could help their side to a win in Lahore with the innings ending at 139/7. Every Pakistan bowler scalped a wicket, with Haris Rauf being the best with 41/2. Debutant Aamer Jamal scalped one wicket for 13.

After being asked to bat first Pakistan lost Babar Azam early as he departed for 9 off 12 deliveries. Shan Masood (7) and Haider Ali (4) also departed early while Rizwan kept the scoreboard moving. The hosts lost six wickets before 100 and were struggling in tandem.

Rizwan brings the fourth 50 of series

While wickets kept on falling at the other end, Mohammad Rizwan continued his impressive form as he brought his fourth fifty of the series. The Pakistan opener scored 63 off 46 deliveries that consisted of three sixes and two fours. Meanwhile, the tail made little resistance against a lethal English attack.

Iftikhar Ahmed (15) and Mohammad Wasim Jr (10) were the only other batters to get into double figures for Pakistan. Mark Wood ended with three wickets while David Willey and Sam Curran both scalped two wickets each to all out Pakistan for 145.

The two teams will next meet on Friday at the same venue with a series win on the cards at the Gaddafi Stadium in Lahore.