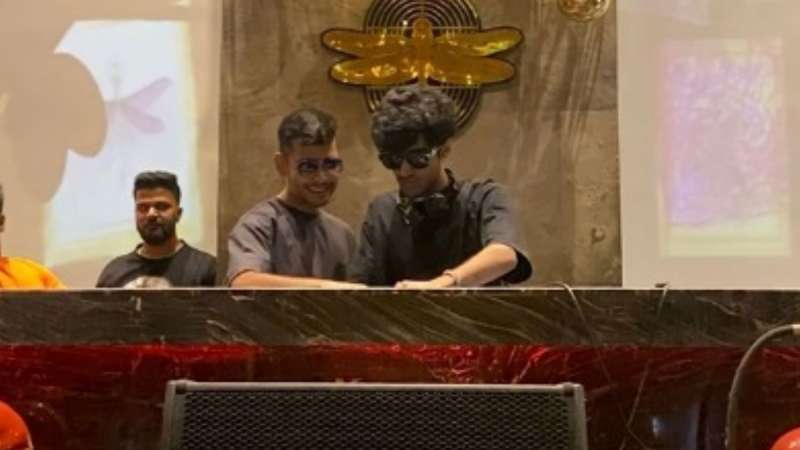 Mumbai-based producer and DJ NLYTN aka Siddhesh Parekh recently hi-jacked the console along with Satisfaction Radio at the Indian Sneaker Festival that took place at Dragonfly Experience. The Indian Sneaker Festival is a gathering of local streetwear brands and resellers, featuring some of the best and most expensive alternative clothing and sneakers you can get your hands on. Apart from that, it also includes some of the most exclusive bags and jewellery.

Whilst bringing a massive community of sneakerheads together, the Indian Sneaker Festival also features some really talented homegrown artists. This particular edition sets by Ray3urn and Radence. As soon as NLYTN got a call from Ray3urn that he is playing at Dragonfly, Sid asked him if he could play a surprise set. Ray3urn was very keen and agreed.

Sid along with his friend Atharva who hosts Satisfaction Radio made their way to the Dragonfly experience and ironically sneaked into the sneaker festival through the main gate. They dashed straight to the stage and dropped some Drum and Bass tunes while announcing, "Everyone put your hands up, This is a hi-jack!" on the microphone.

The crowd was surprised by the sudden burst of energy as NLYTN and Satisfaction Radio took the stage playing bass-heavy tunes one after another. The event eventually concluded and the boys were called off stage.

NLYTN who is known as the co-creator of the first Indian Hip-Hop NFT Ep is taking this console Hi-jack concept to more venues this year. He says, "There is a certain fun about playing your music at venues for people unannounced. When you surprise them, you get their truest reactions. Watch out for us in the future as we will be taking over many more DJ consoles across India!"